Andrea Licata  Anema was crowned Miss Fountain Valley in March 2012. She graduated from UC Irvine in Business Administration with a minor In Linguistics. She obtained a Masters of Science Degree in Higher Education, Leadership and Student Development from California Baptist University. Andrea is on staff full time at UCI as an Academic Adviser. Her platform was Creating Awareness of Breast Cancer Detection & Risk Factors and she played classical piano.  At Miss California, she was awarded the top Scholastic Achievement Award, receiving a scholarship from Miss America. Her sponsor was the Huntington Beach Auto Dealers Association. Andrea got married in August 2020. 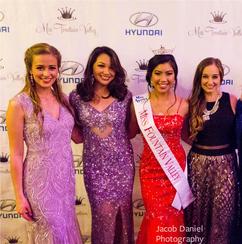 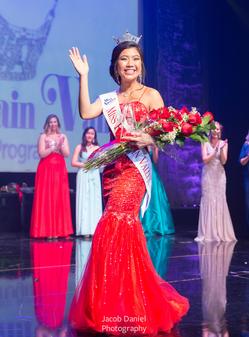 ​​Jessica (Matthews) Austin, Miss Fountain Valley 2015, was crowned Miss Fountain Valley in November 2014 and also received the Evening Gown award. She attended Brigham Young University, Idaho studying Early Childhood Education/Special Ed. Her talent was ballet and she continues to take and teach ballet classes. Jessica's platform was Promoting Self-Worth in Young Women, based on her personal struggle throughout her teen years.  Jessica is married and  she and her husband have two children.  Jessica continues to work with children in preparation for becoming a teacher in the future. Her sponsor was Susan Saurastri of Star Real Estate.

Miss Fountain Valley finishes 3rd at Miss California 2021 Competition
Maaikee Pronda, Miss Fountain Valley, was crowned the 2nd Runner Up at the Miss California 2021 Competition held in Fresno on Friday night, June 25 announced Sandi Licata, Executive Director for the Miss Fountain Valley Scholarship Program. Maaikee won $5000 in scholarship monies at the competition, the preliminary to Miss America, celebrating its 100th year!
Competing in several different areas, Maaikee sang “Someone Like You” from the musical Jekyl and Hyde as her talent, while also answering on-stage interview questions, a ten minute private interview with 6 judges, Red Carpet and finally a pitch for her social impact initiative  She was asked about her volunteer efforts for her social impact , "S.T.E.M. powered - Empowering Youth through S.T.E.M (science, technology, engineering and math).  This was Maaikee’s third time competing at Miss California having won two previous local titles.
This is the highest Fountain Valley has placed at Miss California since the FV program began in 2012.  “I am so proud her.  Maaikee has been a joy to work with and is a talented and ambitious young woman,” said Licata.  Licata and her committee have worked diligently raising funds and scheduling events to promote Miss Fountain Valley. Fountain Valley’s ad sponsors for Miss CA are the Huntington Beach Automobile Association, Law Offices of Kevin Hizon, Esq, Fountain Valley Regional Medical Center, Alex Accetta & Associates, CPA, and Vince Sosa Real Estate Team.  With total winnings of $6250 from Miss Fountain Valley Scholarship Program, this gives Pronda a total of $17,300 in scholarship money from the local preliminaries and the Miss America Organization.
Miss Pronda's career has led her to a global medical device company headquartered locally where she manages a team of engineers and helps oversee one of the company's largest product lines.  Often found on the manufacturing floor, she enjoys troubleshooting machines and finding creative solutions to improve processing throughout. Maaikee also has a passion for R&D projects that allow her curiosity to flourish and improve patient outcomes.
Maaikee graduated from both Fountain Valley High School and UCI Magna Cum Laude, and with a Bachelor’s degree in Biomedical Engineering from UC Irvine at the age of 20.  At UCI, she was President of the Engineering Student Council planning events impacting thousands of students on the campus and community.  One notable event she introduced was “Introduce a Girl to Engineering Day,”  partnering with local companies for Girls Scouts and their parents at an interactive learning event.   Other awards include: Biomedical Engineering Student of the Year, Outstanding Engineering Student Award by the Orange County Engineering Council, and UCI’s Chancellor’s Award of Distinction. 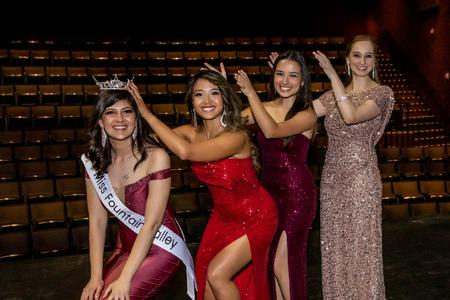 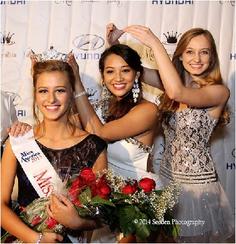 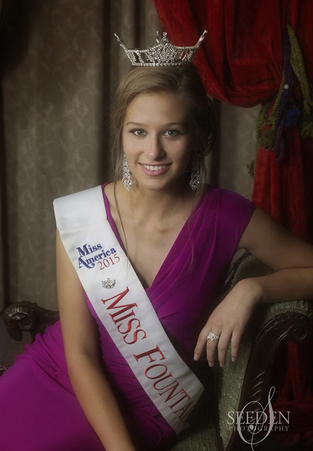 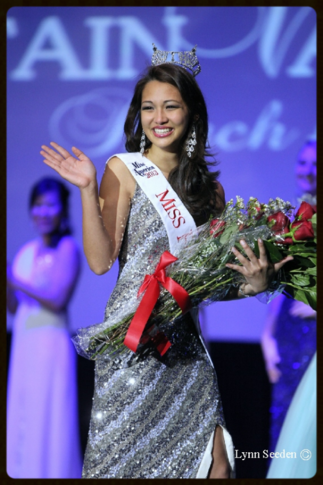 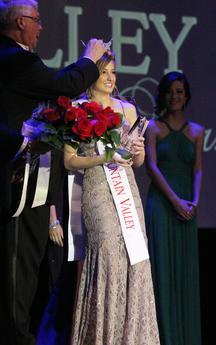 Tiffany Dennis was crowned Miss Fountain Valley at the Saigon Performing Arts Center. The title is a preliminary to the Miss America Competition.  Miss Dennis was awarded a $5,000 scholarship as well as winning $500 as the Top Talent winner for her Vocal and Piano performance Let It Be by the Beatles.

Tiffany won Non-Finalist Talent award for her Piano and Vocal Performance at Miss California 2019. Tiffany graduated in 2022 from UCI with her Bachelor's Degree. 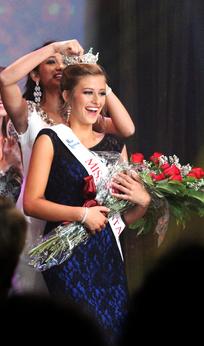 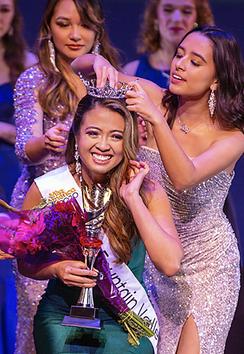 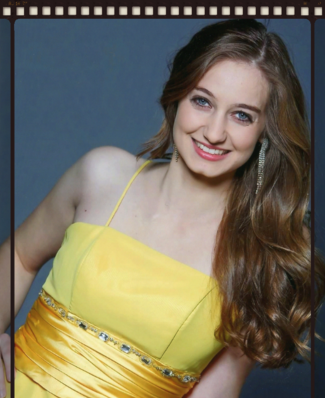 My name is Amy Tran, Miss Fountain Valley 2017-2018. I am a graduate of the CSULB and obtained my multiple subject teaching credential. I am currently working full time as a teacher the in the Bay area. I enjoy teaching the youth of today.

A fun fact about me is that my favorite animal is a porcupine. I hope you enjoyed getting to know me a little better! Have a Fount-astic day!  My Sponsor was Mimi's Jewelry in Fountain Valley. 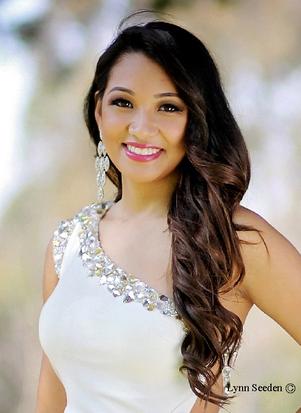 Aimee Le was crowned Miss Fountain Valley in March 2013. She graduated from UC Irvine as a Neurobiological major.  Her talent was classical piano.  Aimee served the City under her platform of Aiming High for Disabled Children. At Miss California, she received the Duke of Edinburgh award for her service, skills, fitness, and  volunteer work. Presently, she has received her Doctorate in Medicine at the University of Arizona, and is a resident at at Kaiser Hospital as a Pediatrician. Her sponsor was the OC Memorial Hospital. Aimee got married in January 2022. 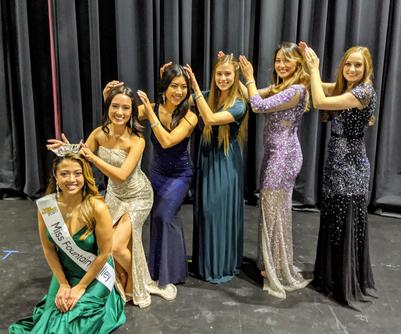 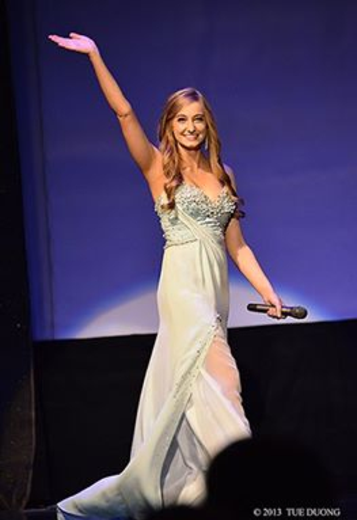 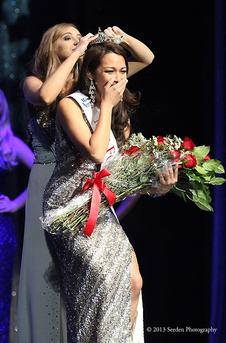 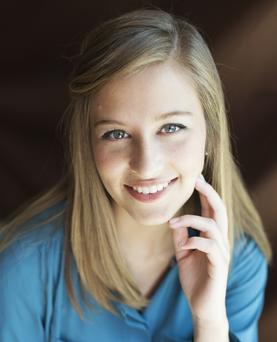 The Passing of the Crown 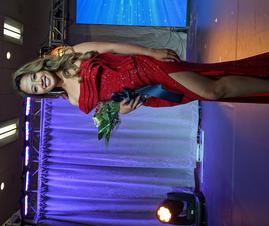 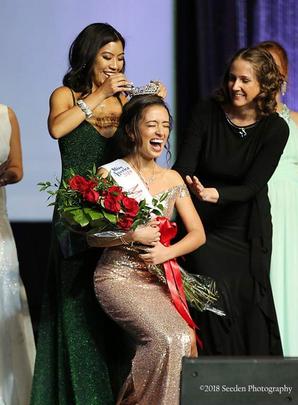 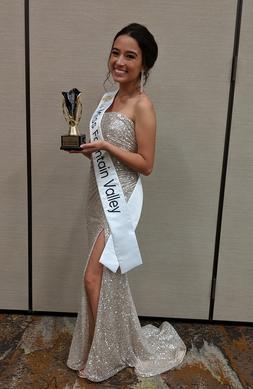 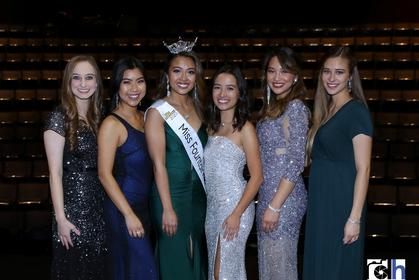 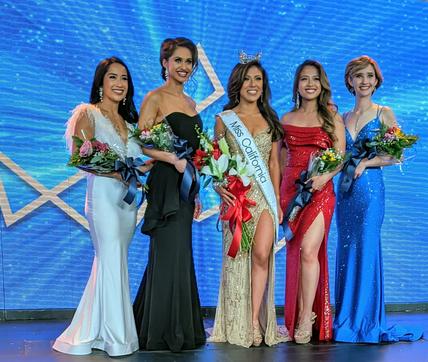 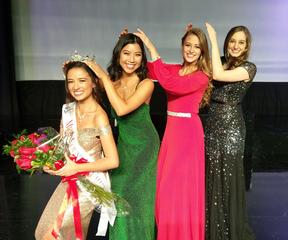 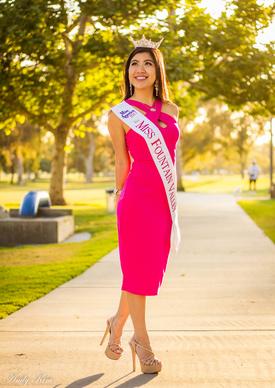